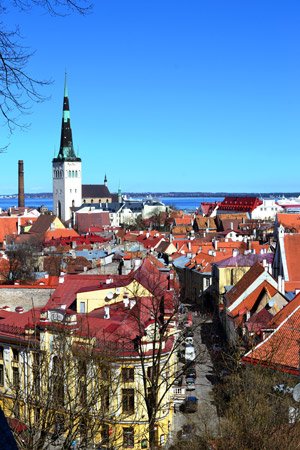 The history of Estonia is a turbulent one. From the 40’s to 90’s it was occupied by the Sovjet Union (1940-1941), followed by the German occupation from (1941-1944), followed again by the Sovjet Union (1944-1991). Estonian society, repressed as it was, managed to survive. The 1,3 million people that live in this country nowadays know their history, feel the love for their country and live their future. It might still face a lot of challenges nowadays, but Estonian culture is something to be proud of.

Payment: Creditcard is widely accepted. USD are sometimes accepted, but not everywhere. Euro would be the way to go.

Taxis: Official taxis you’ll recognize by their taxi sign on their roof. Taxi drivers in general speak English, but not fluent.