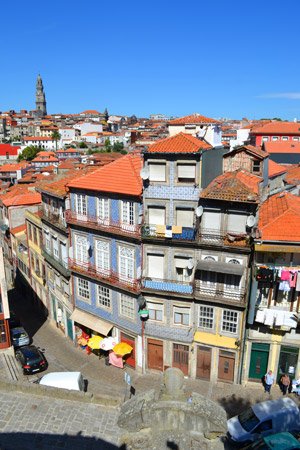 Some tourist think Portugal is a province of Spain and some Spaniards think the same, but Portugal is the country that result out of thousands years of history. Many empires mixed and mingled on the Iberian peninsula and it still shows in Portugal. The Arabic influences are still visible after more than 600 years just like the Portuguese influences are still visible half way around the world as a remnant of this empire that was once the mightiest power in the world.

Don’t just think of Portugal as Fado and Paella, it is one of the richest countries in the world when it comes to culture and history.

It is a country where you can enjoy the beautiful landscapes, gorgeous architecture from the Moorish era or your typical Portuguese houses with their tiles. Enjoy every little bit of paradise here.

Currency: Euro
Payment: Creditcard is widely accepted. USD are sometimes accepted, but not everywhere. Euro would be the way to go.

Taxi’s: Official taxi’s you’ll recognize by their taxi sign on their roof. Taxi drivers in general speak English, but not fluent.
Public transport: is available in most towns. Check in the port guide where you can use public transport.